How VR could change the future of exercise

In 2017, there was more than $3 billion invested in the high-growth virtual reality (VR) market. The fact that there is such investment in the technology shows it’s expected mass-market appeal and with good reason. I’m sure many of you are familiar with VR. It’s all over the TV, is taking the gaming world by storm, and is set to make a massive impact on society. Opinions are split on how this might happen, but they all agree it will, and why not? I’ve only experienced VR a few times, but it is honestly very cool. It creates an immersive experience unlike anything else and I’ve no doubt it will only get better. How it will impact exercise, though, is still to be determined.

Unfortunately, exercising can be boring, time-consuming, painful and the results are not immediate. But, remove the focus on the exertion associated with exercise and you could get people exercising regularly. You’ll never get rid of the pain, but VR offers the genuine opportunity to provide a distraction that gets the participant focusing on the outcome rather than the pain. Numerous studies have shown VR can do this, so you’ll be burning more calories but feel like you’re putting in less effort. Win-win.

VR also has the potential to greatly enhance indoor exercise. If you take cycling, for example, people currently have the option to use a large screen, and with clever computers, project their avatar onto a screen and ‘race’ against a competitor over a set route. But with VR, you could actually be there. You could create an experience where you saw the surroundings of the French mountains in the Tour De France as you raced a virtual Chris Froome, or see yourself race against Mo Farah in the 10,000m of the Olympic finals (maybe turning down the speed a little). The possibilities are endless and assuming this could be achieved, it would make training far more fun and just downright cool! Even in weight lifting (using machines, not free weights), your motivation could be Dwayne Johnson and who wouldn’t want that?

Taking this one step further, a combination of online gaming (think Call of Duty and Halo) combined with fitness could result in new experiences where gamers, yes gamers, compete in cool experiences while getting fit. Imagine being able to plug in and race a person from somewhere in Europe or just go running with them. It might take a while to develop the technology for that and it may not be for everyone, but you can see the point I’m trying to make. It opens a whole new experience for a younger audience

Based on current technology, the VR headsets may be slightly too big and cumbersome to be used for high-intensity exercise, but as technology gets better, this may not be a problem. Also, regardless of how good a virtual reality simulator may be, it would be very difficult to replicate some sports (think swimming) and would never be a direct replacement for getting outside/onto a pitch and living the real thing. This is the same for any indoor replications of exercise. They have their place, but never beat the real thing.

All in all, VR offers fantastic opportunities to revolutionise exercise and provide a totally new experience to the way you exercise. Yes, there are obstacles, but as in all technology, these are sure to be overcome. How will you exercise in the future? 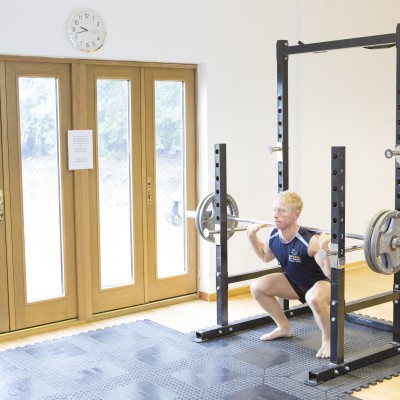